There were times when Alice Schwarzer featured gender studies icon Judith Butler in her magazine EMMA. Somehow feminism made its way into academia and without time to look at it in more detail she saw that as a good thing.

Alice Schwarzer, who was friends with late philosophers Jean-Paul Sartre and Simone de Beauvoir, has made a career of giving a voice to feminist causes in a manner everyone could understand. Judith Butler, on the other hand, made a career out of obfuscation of her own views with obtuse, pseudo-academic language. One cause, two departments, in wait for a clash.

It started with the publication of an essay critical of “queer-feminism” by a hardly known author in Schwarzer’s magazine. Newspaper DIE ZEIT gave Butler, the prima donna of the discipline, the chance to address the accusations against her field of “studies.”

The result was an innuendo game, suggesting that Alice Schwarzer and her magazine were racist. Even socialist newspaper taz wondered why indeed no arguments were given for Butler’s positions.

ZEIT was fair enough to allow Schwarzer to answer Butler in their news blog ZEIT online, which has a much larger audience than Schwarzer’s own magazine.

Schwarzer argues that Butler tries to pit the efforts in the fights against racism and sexism against one another, particularly when it comes to Islamism.

Butler’s proximity to Islamism is not new. The Jewish lesbian praised Hamas as a progressive movement and once accused all gays attending a pride march of islamophobia, culminating in her refusal to accept an undeserved award.

One woman, Schwarzer, is the face of feminism and yet has never fully treated it as a religion (though sometimes she was damn close). In doubt Schwarzer’s positions were always pro-women and pragmatic. The other woman, Butler, was not spearheading social campaigns, collecting money for good causes and making a difference. She rather served her narcissism by creating a community with speech codes, impervious to ideas from outside. Socialist paper taz also noted that Butler’s article was indeed all about policing other people’s speech.

Schwarzer may be fired by Google for her attitude, but the comment section under her ZEIT online  article clearly suggests that people from all political persuasions were putting down their misgivings about her and applauded her piece.

Views may differ and I might have written unjustly about Butler, but whatever her positions are we may ask for the respect of her giving arguments and not play with innuendos.

The door was wide open. US military efforts to welcome transsexuals have materialised in bathroom designs for upcoming battleships and in classes to teach female soldiers how to accommodate not so female mates in their shower rooms.

Now, that was all in vain because the President decided that the transgender issue may become too expensive. While everybody in the queer community gets worked up, there is one thing they are unlikely to consider: It gets too expensive.

This is how backlash looks like: Urinals save time and space, lawsuits about correct pronouns may drain millions, military medical services would include sex change surgeries and there are likely to be more issues.

I hear you. Why do transsexuals have to suffer from weirdo lawsuit freaks, people who don’t save up for their transitioning on their own and those who are quizzed by public toilets? Well, because!

The queer social justice warriors have become an industry, if not a racket, and the US military is the only part of the US government both parties treat with socialist policies. Transsexuals are not to blame. Their representatives in the public, however, are. So is Washington’s military-industrial complex which oversees the ballooning costs in a variety of treats for the servicemen, including healthcare.

What is backlash? Backlash is when even transsexuals don’t know anymore how to call themselves in order not to be sued by a weirdo. Backlash is when public policies around a minority become taxing for everybody. 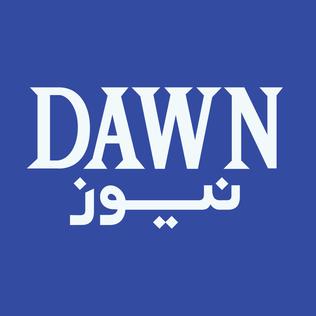 This sounds utterly like the direction the Western Left is heading to. Protection for transgender looks like segregation. Separate identity for official documents like ID cards, separate prison cells and so forth. All in the name of equality of course.

The Federal Ombudsman on Friday forwarded a bill on the protection of transgenders’ rights, prepared in consultation with several stakeholders, to the Senate’s Standing Committee on Human Rights for further deliberation. However, the committee, despite the Ombudsman’s go-ahead, has decided to further consult members of the society on the bill. Sources told DawnNews that one…

More on The Dawn News