In multiple cities people protested against covid policies. The largest crowed turned up in Hamburg where 11,500 people gathered to make themselves heard. 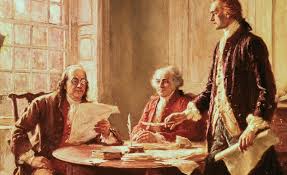 Before I get to the meat I have to define a word that I can’t define. Bear with me!

‘Populisten’ is not the translation of populist. Populist means pushing for policies that are wildly popular in the electorate. The folks at Breitbart.com use that term. It must not be confused with the German word populisten. Nobody ever uses it for himself and a meaning is only assigned at the very moment an opponent is smeared. So in a way the headline reads ‘Bertelsmann says one third of Germans are trash.’

So what is Bertelsmann’s on-the-fly definition for populisten? Jean-Jacque Rousseau is one. If you believe in a government that respects the sovereignty of the people (they use the very word ‘Volkssouveränität‘) you are one of these evil populisten. They even invent a new word, the detestable ‘provolkssouveränität’!

The US founding fathers are also populisten for they were sceptical about a concentration of power and the elites as a group.

Robert Vehrkamp, one of the authors of the study, condescendingly says, “Populisten in Germany are rather disaffected democrats than radical enemies of democracy as such.”

People who don’t believe in the sovereignty of the people and who -after Germany has seen two dictatorships over the course of the last hundred years- feel elites can still be blindly trusted are most likely to vote for Merkel’s CDU or the Green party (and they are supposed to be the good people).

For everybody who pays attention that doesn’t come as a surprise. For a cynic like me it is rather a surprise that one in three Germans do believe what the founding fathers believed and another third partly believes in democracy (as it was defined by those who created it).