Last week Hungary passed a law supposed to restrict the exposure of LGBT lobby material to children. It’s application is largely public schools, but Bertelsmann’s TV channel RTL Klub warns already that they were perportedly so scared that they could shift the program schedules of classics such as Harry Potter(?!?) or the sitcom ‘Friends.’

As a reaction the stadion in Munich was planned to be lit in protest garish. Tonight Mayor Dieter Reiter wanted to project the rainbow flag on the hall where the soccer match between the multicultural German team and the brute, yet to be enlightened Huns, eh, Hungarians takes place. That plan was scrapped. The organizer UEFA declined. A first and silent attempt to fight back against the constant politicization of everything all the time.

Conservative news blog “Tichys Einblick” (TE) has just lost a court case against Correct!v, the German equivalent of Snopes. The facebook partner attached themselves on TE’s facebook post to claim that not 500 scientists wrote an open letter against climate change hysteria. They argue that retired scientists aren’t scientists and have no expertise whatsoever to speak about the science here. Research in pharmacy companies and other institutions does also not qualify scientists as scientists, says Correct!v. But who is Correct!ve, anyway?

sources:
https://www.tichyseinblick.de/tichys-einblick/correctiv-wenn-faktencheck-zur-propaganda-wird/ (also following the links from there)
Brost Foundation

Giovanni di Lorenzo is a co-publisher of the newspaper Tagesspiegel, editor-in-chief of ZEIT and host of the talkshow “3nach9” (aired by the public broadcasting agency ARD). In this position he issued a little strategy paper masquerading as an op-ed. What he suggests and why power does talk publicly and not behind the scenes is discussed in the video.

My video about Diana Kinnert.

The talk gives an overview of the German print media, its sales and its mutual ties. Did you know who owns Random House/Penguin or the Business insider today? What are the major #publications and what segment of society do they reach? What are their strategic roles? And what has the Social Democratic Party SPD to do with the supposedly independent press? What is the “research compound” of public broadcasters and newspaper Sueddeutsche? Who was the last SED party leader before its first renaming and who is now a regular columnist for Burda magazine Superillu? Did a streamlining of the editorial boards facilitate the rise of the radical left? The case study of Wirtschaftswoche (wiwo), a weekly manager and economics magazine, may give an idea of what happened behind the doors of the big publishers somewhat between 2014 and 2016.

My video about the SED name changes.

Correction: I said that I would link up the article with the Madsack article and until recently I found it either on waybackmachine or on archive.is. For whatever reason, I’m not so lucky now. So here is the dead URL. Leave me a comment if you know some archive where it still can be found.

I looked into the study “Trust in Democracy” by the authors Roberto Heinrich and Jürgen Hofrichter of the Friedrich Ehrhard Foundation, a party-proxy foundation of the Social Democrats, to see where people are actually hurting and why satisfaction with how our government is run is so poor.

Trust in the media is plummeting to American levels. Only one in five thinks our parties are trustworthy although our constitution, unlike democratic constitutions, is designed to make us completely dependent on them and their leaders. The study asks participants about their suggestions to the problems and how they rank the conflicts of our time.

Blonde’s (Rebecca Hargreave) video on the Harvard Study about immigration and social cohesion.

Nuremberg’s local AfD group received a written statement which urges them to clarify until Tuesday next week that they won’t allow their party leader Alexander Gauland to speak in their premises.

The retraction of rental agreements is possible, so Vogel, if ‘Nuremberg as a city of peace and human rights would otherwise be damaged’. Nuremberg is rather known for the Nuremberg Rallies and the Nuremberg Laws, but leftists try to rewrite history wherever they can.

The specific reason why Gauland threatens the ‘peace and human rights’ of Nuremberg is that he said the “integration secretary”, which is apparently a job these days, could be disposed of in Anatolia.

Alexander Gauland complains about the double standard because Foreign Minister Sigmar Gabriel is also on record for saying that his boss Angela Merkel could be disposed of. 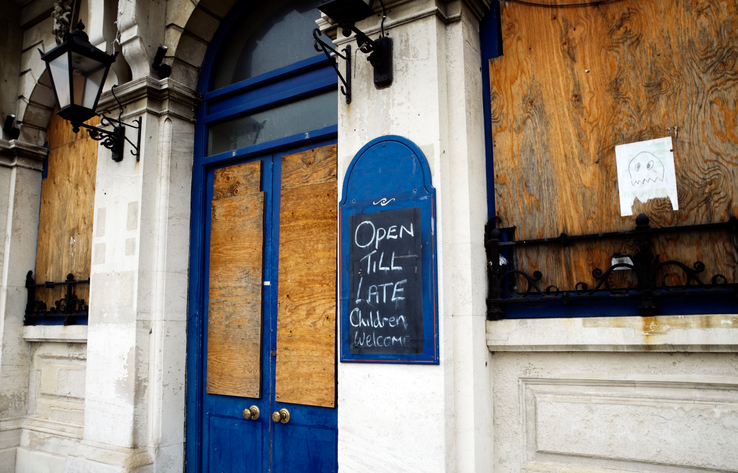 Media and the country’s political elites have clamoured for it, now it’s there: The anti-Russian sanctions that will hurt Germany’s economy.

Brigitte Zypries, Minister for Economics and member of left-wing party SPD, complains that hurting German companies to punish Russia would break international law. If Oscar Wilde were still alive he would help her out on that and probably say, ‘International Law is the attitude I have towards people who I don’t like.’

Mrs Zypries said: “Of course we don’t want a trade war. But it is important the European Commission now looks into countermeasures.”