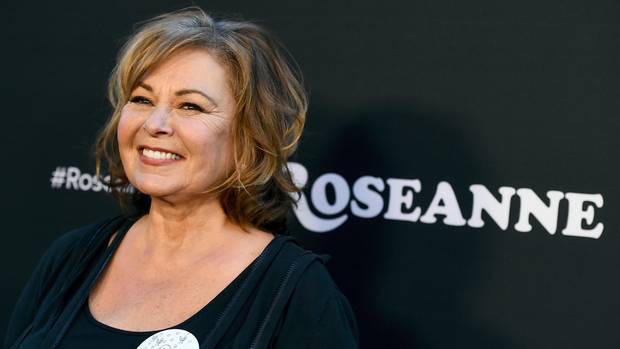 The destruction of Roseanne’s body of work and accomplishment reminded me of how much our society has derailed. I always loved Roseanne. I loved her when she was a liberal, I loved her when she was a kooky and I loved her as a Trump supporter. Virtually everybody who was not a snob had affections for her. She was imperfect and real. Our imperfections were mirrored in hers and she served as a secular redemption machine. Her entire show was circling around this idea that nobody is perfect and everybody will see some jokes fly into his corner.

The old seasons were already very liberal, feminist, pro-gay, pro-diversity. The new episodes introduced a headscarf-wearing neighbor supposed to be built up as a sympathetic character, one cross-dressing grandchild and one mixed-raced grandchild. Some characters were clearly in the Hillary camp.

Roseanne, the creator, has some personal flaws that are a liability in the political discourse. The main one is her penchant for conspiracy theories. She also gets too emotional. At one point she doxxed George Zimmerman, a police officer who was accused of unjustly killing a black man. However, one thing can be said for sure after her decades in the limelight: She is not a racist!

She was a threat because she humanized conservatives. The most successful sitcom had to be pulled off the air; and not just the current season, everything she had ever done. The German TV channel that ran her show (doubled in German) pulled it, too. She became an unperson. The elites decided to destroy her and then latched on a tweet to excuse it.

First of all Roseanne’s tweet was not racist. Secondly, those who differ in judgement should also be heard out. Thirdly, I have nothing against “racist” jokes! Jokes, for Pete’s sake! I remember the turn of the century, the new millennium, when we were all “Nazis” and apparently short of committing a genocide. We were not, of course, but when it comes to political correctness I want to go back to this time. Woody Allen, Fran Drescher, Will and Grace, Seinfeld, one Hollywood product after the other was brimming with Jew jokes. Gay jokes were equally abundant. There were also some naysayers, but, hell, they could be brushed aside. Nobody liked them. We still don’t like them, but for some reason they have come into positions of power, strong enough to destroy our lives!

Brexiteers, more than half of the population, became “far-right”, “radical”, “extremist”, “populist” and so on, all just a lousy code for “Nazi”. When Trump was elected, 50% of America was no longer conservative. The “real” conservatives were John McCain and some cucks. Now, 50% of Americans were “Nazis”. And whatever lukewarm efforts were made to show clemency with the voters, the despise was and is always palpable. Say “50% of Muslims …” and you won’t hear the end of it, but 50% of Europeans and Americans are garbage and deserve all scorn, destruction and violence.

And while they mock us for our fear they enjoy scaring us. The original witch-hunts were nothing against this guilty-by-accusation mentality that we see today. For anybody with basic logical skills it is blatantly obvious that they immunised their accusations from the very possibility of correction. Whatever you say, it is what “all Nazis say”. Even a witch that drowned could make people think about their mistaken accusation. A witch could be acquitted, a “Nazi” is guilty forever.

Unfortunately some say, so screw it then, let’s celebrate the real Nazis. That is equally stupid. It is hard for many to think on their own. Neither leftists nor Nazis deserve any kowtow. But I can understand the urge to talk about taboos. Why the hell do we need so many taboos? Some want to talk about “race.” For me it does nothing. I feel neither urge to nor interest in talking about it, but I realize that there are smart ways to discuss “race.”

I don’t agree with Jared Taylor (I believe segregation is not the right way forward), but I respect him. And I think the real soul-eating feature of the left is their black-and-white worldview. You can talk about ethnicity and genes and have a completely different set of ideas from Hitler. You can also not talk about race and have the idea of breeding better human beings. The latter idea will inevitably lead to something like the Holocaust again because you need an iron fist to regulate procreation.

Akif Pirincci’s novel Felidae warned of this. The left tried to ban the book when they found him in apostasy. I doubt that today’s left has the self-awareness to avoid megalomaniac human breeding endeavors. They are so self-righteous that at some point, they could do again what they claim to do “never again.”