Despite the necessity to face an impending food crisis the European Union and the Dutch government have shoved down an anti-agriculture directive which keeps stirring up mass protests and violent altercations in the Netherlands. The German parliament Bundestag has turned down the option to continue nuclear energy. The ECB keeps flooding the place with money, but given the inflation that is going to change. A disorganised brainstorm. 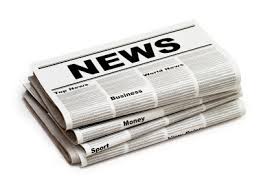 As I laid out in my often referenced apostil about political terms, they are discriptions of milieus and not concepts based in principles. People however change and ideas move from one group to another.

One example is the often echoed claim that all the racists of the Democratic party moved to the Republican party as soon as the Civil Rights Act passed Congress. The reality does not show such a change in party registration (And quite frankly, I’m sick of that kind of lies, rooted into society by stubborn repetition).

However, the Republican party is not the party of Abraham Lincoln anymore. Today it is the Democrats who favour a strong Union government and it is the Republicans who safeguard federalism, state rights and the constitution as a whole.

Additionally the left and right share more interests than they care to admit. There is a state-critical, libertarian-leaning left hungry for free speech and free thought. Often the same things go under different labels. If you are really bugged by that tiny circle of power holders stretching between big corporations, churches and government you may call it lobbyism/Capitalism or just as well Socialism.

The same is true of course for many milieus. The German media market has no conservative publication of reasonable size left at the moment. We have gullible papers that cheer the government no matter what the ideas are that might be served or not.

A part of the reason why I was drawn into conservativism was my previous incarnation as a feminist. The most prominent feminist magazine EMMA by star feminist Alice Schwarzer had novel topics that were not represented in the market elsewhere:

You get the idea. It was the most conservative magazine at the time. With Brexit and the election of Donald Trump German mainstream media shifted further to the left, or more precisely, to the wishes of the DNC.

Now, it seems taz is the most conservative daily paper. I am not sure if they still call themselves Socialists, but what is in a name anyway.

As the left is in control of so many public voices, former left-wing outlets and intellectuals are conservative. They may not realise it. The reason for that is simple: They were the voices that were most independent before the shift and are most independent now.

To be clear the G20 was as pointless as expected, the final resolution unspecific and not binding. That is what a sane mind knew already before the summit and sees confirmed after the summit.

But things do last. Shop windows were broken, cars were burnt, tax payer money was wasted, streets laid to waste. These long lasting effects were also known before and the raison d’etre of the event, which could have easily been held somewhere on the countryside where security can be ensured.

It was a show of force. The left could prove that there is an even more obnoxious leftist milieu that makes them look ‘centrist’. Their state organisers could prove that they are in command and present police and weaponry to the public eye. And their street thugs could pretend that they fight against same state by attacking the working-class in uniform, the policemen on the ground.

But there is one more lasting effect. Almost five hundred of these policemen were wounded, not all of their wounds will heal. It was a calculated game and the men and women in uniform who had the least influence on what happened suffer the most.

Let’s pray for their recovery!

Stoning is one of the reasons why I have difficulties to decide what is a Western World Leftist and what is an Islamist. Two of a kind.