Skip to content
Germany has got a confusing election system for the lower house of the parliament. Half of the seats are reserved to electoral lists, proportionally allotted on the basis of the percentage the parties won through a second ballot. Additional off-set seats are also drawn from those electoral lists. Markus Söder has announced that his party will send women only to fill fifty percent of its list mandates. But is that even constitutional? If at least 50% of the parliament is filled on the basis of lists, the composition of those lists become a part of the parliament election process itself. Legally the selection of candidates of the list is termed a ‘character of the action’ of the federal election (Tatbestandsmerkmal). If everyday citizens are free to pick and shed party memberships in order to take part in how at least half of the seats are filled, how can a party leadership predict that fifty percent of the positions on their electoral list are going to be women? The sources are in the description boxes of the video platforms. 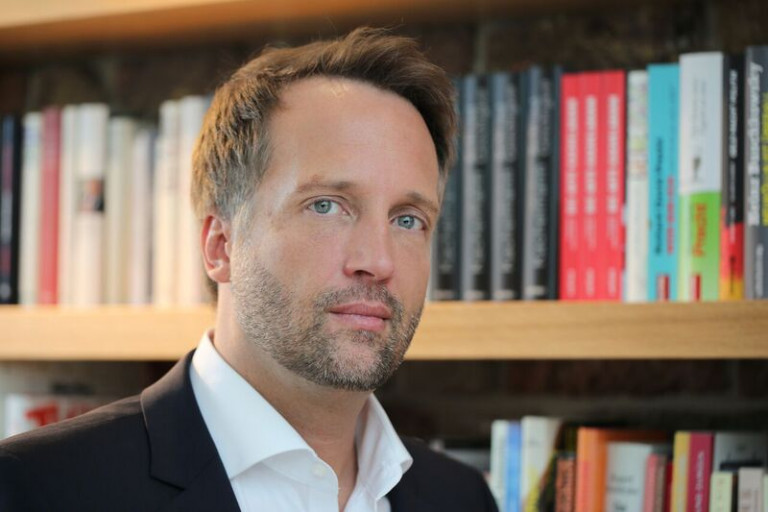 I have just said goodbye to my friends in the WerteUnion ​​with the following text and from now on I am a private person only.

We all have heard firsthand what has happened in the last few days: We are being told the worst false allegations, even fake WerteUnion memes are circulating. People are spying on our private lives and, surprisingly, they have got the necessary means to do it. We are the target of a concerted defamation and insult campaign. I was told that a fake order in my name purchased weapons from a radical right-wing online shop. I have received anonymous death threats in my office. Already some time ago, strangers “visited” me at my home address and a Cologne-based Antifa demonstrated against me personally.

But that’s not all.

As a lawyer, who is specialized for crisis situations, I am used to be under fire and I have a thick skin. I took a number of measures to protect my family a long time ago because in a few weeks I will be a father for the first time. However, what I have experienced today tops everything. Two hours ago, it was made clear to me that I have to end my political engagement immediately if I don’t want to fear “consequences.”
The announcement was credible and unmistakable. I bow to the pressure and immediately resign from my political office and declare that I will leave all political organizations. I helped build the gay caucus of the Union and the WerteUnion. I am proud of both. Now it doesn’t go on for me. It hurts me a lot. My decision is still made. I need a few days of rest now, but I am still available with my advice in the ongoing press matters. Please do not try to change my mind or find out more. Neither helps anything. I wish you all the best! Take care of yourself, we live in stormy times!

The pro-forma party leader of Merkel’s CDU stepped down following the turmoils of the Thuringen Prime Minister revocation. The issue went out of control because the CDU had a non-cooperation resolution that would not allow any member to work with either AfD or SED (currently renamed to LINKE). We saw profuse Stalinist fake apologies for innocuous acts like congratulating a newly elected state prime minister of the “respectable” pseudo-libertarian party FDP. Now the bets are also open again on who the person will be that follows Merkel as a Chancellor. Maybe La Merkel – Allah may bless her and fear her wrath – must also revoke her aged, aaaaaaged announcement to retire from politics.

In an interview with Society for German Language (German: Gesellschaft für deutsche Sprache), a backward think tank to demonise anything new or foreign, he made some remarkable claims.

Let’s highlight the positive side first. He says, he is aware that one has to accept critical views. However, he regards what politicians both on the federal level and on more local levels of the German government face as ‘insufferable’.

‘There should be a minimum penalty for such crimes to take the option from state prosecutors and judges to drop the charges for apparent irrelevancy’.

Hateful commentary must be met with punishment and not with arguments, he declares. ‘In my opinion they hardly reach the notorious writers of hate attacks anyway – and this is what we are talking about and nothing else.’

He goes on to discourage politicians from using internet tools completely.
‘Politicians are to explain complex issues. They should not try to gain trust with quick statements and tweets.’

This is all explained with arrogance. ‘In a world that becomes more and more complex easy answers are attractive for many people.’

A personal note from myself: It is one thing to hear again and again from aging politicians how stupid we are and that the world is becoming ‘more complex’. It is another thing to translate it. Nobody in his right mind can say that the world becomes ‘more complex’ and non-Germans would never say such a stupid thing. Translating such things makes you feel like reporting on a very, very backward tribe. I think that shines through many of my articles and yet I hope not to offend anybody by talking about it.