It is time to stop moving the EU parliament between Brussels and Strasbourg every month, argues Swedish MEP Anna Maria Corazza Bildt and the Single Seat Steering group.

more on The Local

I have been posting videos to YouTube since 2006 and now, for the first time, I am banned for two weeks. It’s non-stop now – Facebook blocks and bans, Google AdSense permanent disabling my account, Paypal block (a decision that was reversed thanks to you good folks), and YouTube demonetizing my videos. But this is a first. And it’s not just the social media giants – internet filters are banning the site as well. 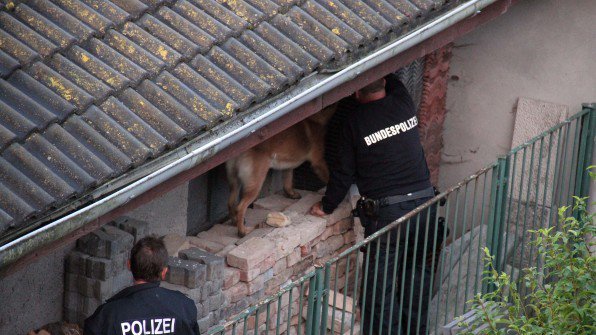 This story has to be taken with care. It sounds a lot like the strange Franco A story that frizzled out into obscurity. Who would kill off activists who fight for the things the government does anyway?

It is not only an act of honesty to present the story, I actually expect right-wing terrorism after the election. It won’t be killing sprees on singular activists but rather car bombs or shootings in public places.

Once the nutcases have understood how tightly Merkel and Silicon Valley control information and how little elites allow to be advanced without violence, while seeing Muslim causes being picked up exactly because some of them act violently, they will snap. My dire projection includes an equally violent reaction from the left.

The story cannot be dismissed without knowing more. It is just very fishy and given how little the authorities show us that would give reason for concern, I regard the home raids of the two men who are presented as ‘suspects’ as a breach of their constitutional rights (protection of their home, Art 13).

German police searched apartments and business premises in Rostock, Schwerin and the surrounding area on Monday on suspicion that people were involved in the preparation of an act of terrorism.

more on The Local

Laws prohibiting blasphemy are “astonishingly widespread” worldwide, with many laying down disproportionate punishments ranging from prison sentences to lashings or the death penalty, the lead author of a report on blasphemy said.

Iran, Pakistan, and Yemen score worst, topping a list of 71 countries with laws criminalizing views deemed blasphemous, found in all regions, according to a comprehensive report issued this month by the U.S. Commission on International Religious Freedom.

more on The Crusader Journal

Former US Congressman and father of 2016 presidential election hopeful Rand Paul is a libertarian who ran on the Republican ticket. He has now joined a growing list of independent political journalists and commentators who’re being economically punished by YouTube despite producing videos that routinely receive hundreds of thousands of views.