This is the letter that the hate-filled zelot wrote to Pamela Geller:

I am a reporter at ProPublica, a nonprofit investigative newsroom in New York. I am contacting you to let you know that we are including your website in a list of sites that have been designated as hate or extremist by the American Defamation League or the Southern Poverty Law Center. We have identified all the tech platforms that are supporting websites on the ADL and SPLC lists.

We would like to ask you a few questions:

1) Do you disagree with the designation of your website as hate or extremist? Why?

2) We identified several tech companies on your website: PayPal, Revcontent, Disqus, and Newsmax. Can you confirm that you receive funds from your relationship with those tech companies? How would the loss of those funds affect your operations, and how would you be able to replace them?

3) Have you been shut down by other tech companies for being an alleged hate or extremist web site? Which companies?

4) Many people opposed to sites like yours are currently pressuring tech companies to cease their relationships with them – what is your view of this campaign? Why?

Our deadline is 5pm EST today.

Almost the same letter went to Jihad Watch, only the tech companies that Kirchner plans to bully differ. 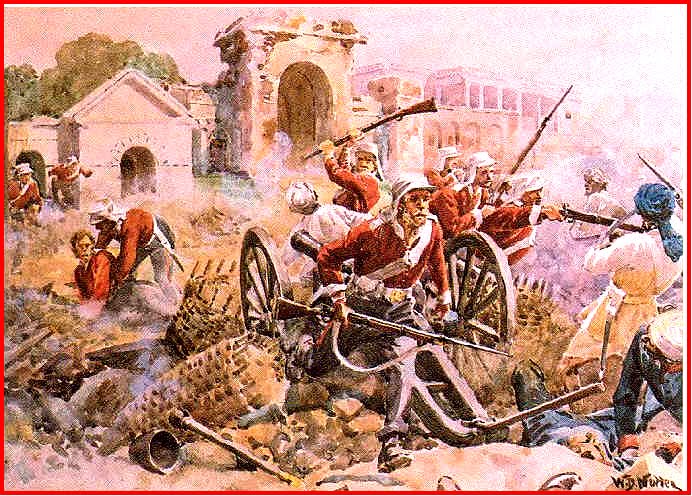 Finally the news about Google’s unacceptable bias reaches the most unexpected shores, the premises of Google.

An internal memo was written by one of the engineers. Left-wing news outlet Gizmodo who published the full ten-page document lets us know that the culprit was male. You can virtually hear the thunder already, feel tensions cracking, smell the manly odour of angry testosterone.

But not so fast. The document starts with a submissive discharge. Sentences like the following run through the entire document.

I value diversity and inclusion, am not denying that sexism exists, and don’t endorse using stereotypes.

Yes, this boorish man starts the document with an imperialistic ‘I’. He goes on to speak about Google’s shaming culture and the habit of misrepresenting other people’s views. The issue that it stifles discussions, leads to authoritarian policies like job discrimination for the less en vogue “races” or “genders” and protecting ‘sacred’ ideas that might be dangerous wouldn’t surprise anyone to find in such an outcry. The author also claims that…

At Google, we talk so much about unconscious bias as it applies to race and gender, but we rarely discuss our moral biases.

I may add that I can hardly imagine them talking as much about their slow-motion-search-dysfunctional Google+ product, either.

I move forward and leave aside his mistakes about what is left and right, and his little theories about what makes men and women different. Google, he charges, offers a multitude of programs and career chances only to some individuals and that the under-representation of some groups [I guess Evangelicals, elder males…] may be even illegal.

Thank goodness they were all of his suggestions. I hope there won’t be programs about ideological biases and that they get their google+ thing producing something other than error messages.

Anyway, the document went viral, which is the revolt I was talking about. It stirred the pot so much that Vice President of Diversity, Integrity and something Ms or Mrs or zee (?) Danielle Brown responded with her own memo.

Looking down her nose she did not even show the courtesy of linking to the disputed document that she was answering.

I’m not going to link to it here as it’s not a viewpoint that I or this company endorses, promotes or encourages.

Of course, she does not address one single of the suggestions. Instead she says the company will continue as before which she believes is a ‘change’ that is both ‘hard’ and ‘uncomfortable’ to some. Thank goodness she keeps her trite screed short. So I share a final eye-rolling moment with you and encourage the warrior rebels of Googlestan to soldier on!

We are unequivocal in our belief that diversity and inclusion are critical to our success as a company, and we’ll continue to stand for that and be committed to it for the long haul. As Ari Balogh said in his internal G+ post, “Building an open, inclusive environment is core to who we are, and the right thing to do. ‘Nuff said.”

Thanks to Cliff Arroyo of The Worked Shoot

more about google on this blog

In the three months since Internet monopoly Google announced plans to keep users from accessing “fake news,” the global traffic rankings of a broad range of left-wing, progressive, anti-war and democratic rights organizations have fallen significantly.

On April 25, 2017, Google announced that it had implemented changes to its search service to make it harder for users to access what it called “low-quality” information such as “conspiracy theories” and “fake news.”

The company said in a blog post that the central purpose of the change to its search algorithm was to give the search giant greater control in identifying content deemed objectionable by its guidelines. It declared that it had “improved our evaluation methods and made algorithmic updates” in order “to surface more authoritative content.”

Google continued, “Last month, we updated our Search Quality Rater Guidelines to provide more detailed examples of low-quality webpages for raters to appropriately flag.” These moderators are instructed to flag “upsetting user experiences,” including pages that present “conspiracy theories,” unless “the query clearly indicates the user is seeking an alternative viewpoint.”

Google does not explain precisely what it means by the term “conspiracy theory.” Using the broad and amorphous category of fake news, the aim of the change to Google’s search system is to restrict access to alternative web sites, whose coverage and interpretation of events conflict with those of such establishment media outlets as the New York Times and the Washington Post.

The World Socialist Web Site has been targeted by Google’s new “evaluation methods.” While in April 2017, 422,460 visits to the WSWS originated from Google searches, the figure has dropped to an estimated 120,000 this month, a fall of more than 70 percent.

Even when using search terms such as “socialist” and “socialism,” readers have informed us that they find it increasingly difficult to locate the World Socialist Web Site in Google searches.

According to Google’s webmaster tools service, the number of searches resulting in users seeing content from the World Socialist Web Site (that is, a WSWS article appeared in a Google search) fell from 467,890 a day to 138,275 over the past three months. The average position of articles in searches, meanwhile, fell from 15.9 to 37.2 over the same period.

David North, chairperson of the International Editorial Board of the WSWS, stated that Google is engaged in political censorship.

“The World Socialist Web Site has been in existence for nearly 20 years,” he said, “and it has developed a large international audience. During this past spring, the number of individual visits to the WSWS each month exceeded 900,000.

“While a significant percentage of our readers enter the WSWS directly, many web users access the site through search engines, of which Google is the most widely used. There is no innocent explanation for the extraordinarily sharp fall in readers, virtually overnight, coming from Google searches.

“Google’s claim that it is protecting readers from ‘fake news’ is a politically motivated lie. Google, a massive monopoly, with the closest ties to the state and intelligence agencies, is blocking access to the WSWS and other left and progressive web sites through a system of rigged searches.”

In the three months since Google implemented the changes to its search engine, fewer people have accessed left-wing and anti-war news sites. Based on information available on Alexa analytics, other sites that have experienced sharp drops in ranking include WikiLeaks, Alternet, Counterpunch, Global Research, Consortium News and Truthout. Even prominent democratic rights groups such as the American Civil Liberties Union and Amnesty International appear to have been hit.

According to Google Trends, the term “fake news” roughly quadrupled in popularity in early November, around the time of the US election, as Democrats, establishment media outlets and intelligence agencies sought to blame “false information” for the electoral victory of Donald Trump over Hillary Clinton.

On November 14, the New York Times proclaimed that Google and Facebook “faced mounting criticism over how fake news on their sites may have influenced the presidential election’s outcome,” and they would be taking measures to combat “fake news.”

The list included several sites categorized by the group as “left-wing.” Significantly, it targeted globalresearch.ca, which often reposts articles from the World Socialist Web Site.

After widespread criticism of what was little more than a blacklist of anti-war and anti-establishment sites, the Washington Post was forced to publish a retraction, declaring, “The Post, which did not name any of the sites, does not itself vouch for the validity of PropOrNot’s findings.”

On April 7, Bloomberg News reported that Google was working directly with the Washington Post and the New York Times to “fact-check” articles and eliminate “fake news.” This was followed by Google’s new search methodology.

Three months later, out of the 17 sites declared to be “fake news” by the Washington Post ’s discredited blacklist, 14 had their global ranking fall. The average decline of the global reach of all of these sites is 25 percent, and some sites saw their global reach fall by as much as 60 percent.

“The actions of Google constitute political censorship and are a blatant attack on free speech,” North stated. “At a time when public distrust of establishment media is widespread, this corporate giant is exploiting its monopolistic position to restrict public access to a broad spectrum of news and critical analysis.”