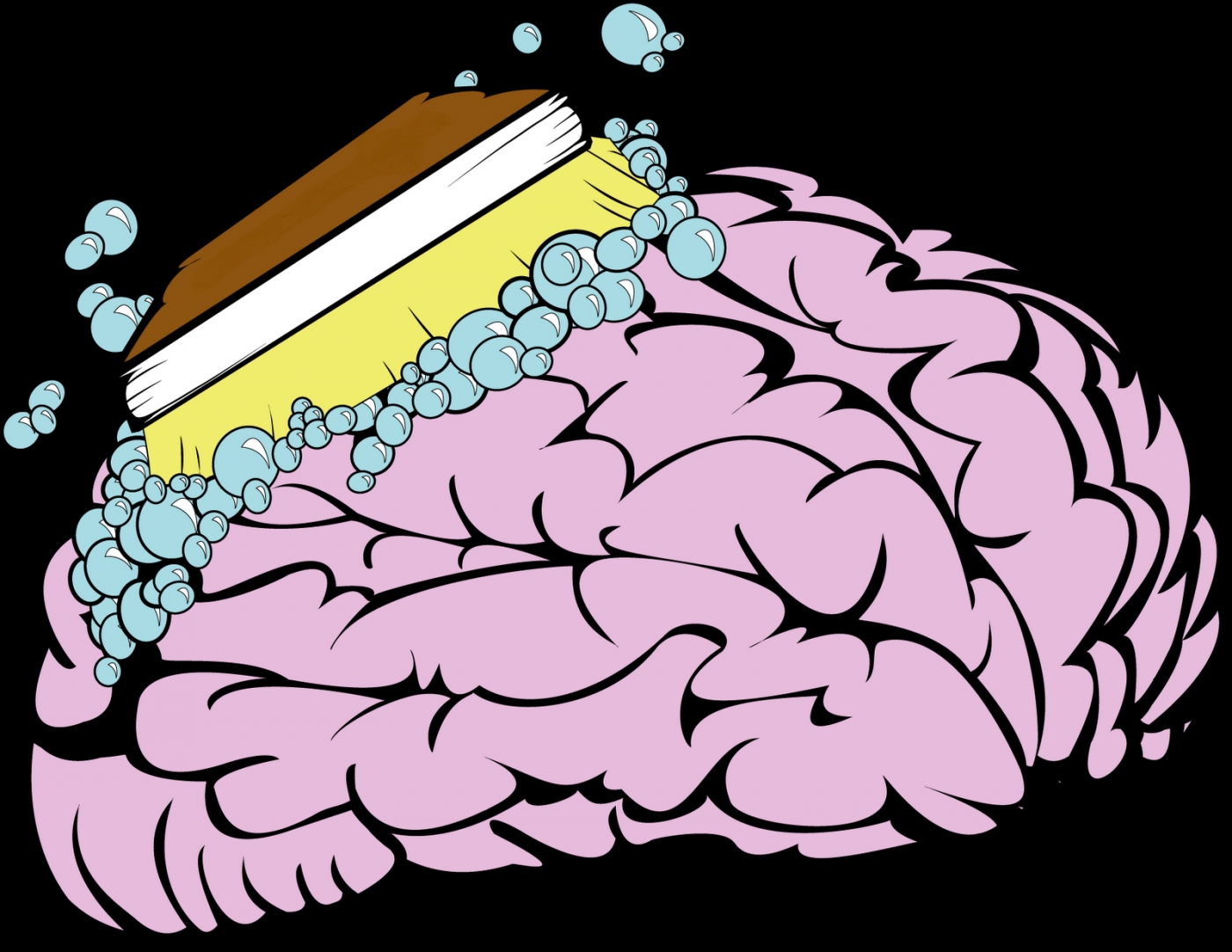 The term “Brainwashing”, which is a direct translation of the Chinese words for “wash brain”, was supposedly coined in the early 1950’s by an American journalist and alleged CIA operative named Edward Hunter, who was commenting on how the Chinese communists went about conditioning and “re-educating” those who fell into their hands that they felt worthy of “re-development” to see things in their own unique way.

During the Korean War, the U.S. was extremely dismayed and profoundly disturbed by the relatively high number of American POWs who apparently switched sides, or at least became “supporters” of their communist captors. It was apparent, if not obvious, that the communists were employing extreme methods to extract “confessions”, as stated by General Mark Clark:

“Whether these statements ever passed the lips of these unfortunate men is doubtful. If they did, however, too familiar are the mind-annihilating methods of these Communists in extorting whatever words they want …. The men themselves are not to blame, and they have my deepest sympathy for having been used in this abominable way.”

Post-war examination of repatriated POWs confirmed what had been long suspected, but rather it being an ancient Chinese secret, it was revealed that the Soviets were behind the techniques used to break down the POWs. The Russians have used these methods for many decades, going back to the days of the Czars. I had a Russian tell me a joke that went something like this:

“A group of Soviets was touring an Egyptian museum when they came across a sarcophagus that contained an unknown ancient Egyptian VIP of some sort. Four KGB agents told everyone to clear the room, while they and the mummy remained. A half-hour later, the KGB men emerged and informed the group of the mummy’s name, his title, the years he lived, and much other data. Astounded, someone asked how they came into so much information? The answer from the KGB men? “He confessed.”

Rather than using physical torture in the usual sense, brainwashing involves a combination of physical and psychological torture and coercion over extended periods of time. The “good, cop, bad cop” approach is also frequently used. In addition to getting information, they are also trying to warp the subject person’s perception of reality. For you Trekkies out there, the Star Trek: The Next Generation two-part episode “Chain of Command” illustrated this vividly; apparently, sensory deprivation, sensory bombardment, forced nakedness, stress positions, dehydration, starvation, physical pain, and cultural humiliation are literally Universally, or at least Galactically used. “There are four lights!”, yells a defiant Captain Picard, as he is lead away from his interrogator/torturer, who put much effort toward convincing Picard there were five lights.

The Americans were so disturbed by the whole POW situation in Korea that a special committee, chaired by Senator John McClellan of Arkansas, was held in June of 1956. Among the people that testified were medical professionals and service members who were actually subjected to brainwashing. The results were interesting, and shouldn’t have been surprising; in any case, they confirmed what had been suspected all along.

I found it significant that the majority of the “confessors” and “turncoats” were U.S. Army soldiers. Although fairly small numbers of U.S. Marines were also captured, proportionally the number of turncoats and collaborators among them was a fraction of that of the Army. Colonel William Frash, USMC, testified to the Committee that the reasons Marines were so resistant to brainwashing was because, essentially, they were Marines. Colonel Frash went on to explain that Marines had better training, had a much higher esprit de corps and worked as a team, while Army soldiers were draftees who were poorly trained, had poor morale, and had no unit cohesion. Anybody who has seen the 1986 movie Platoon should be able to relate to how the NAM, or New-Ass Man, is treated by his “fellow” soldiers.

The result of the behavior of service members captured during the Korean War prompted President Eisenhower to issue The Code of Conduct in 1955:

I am an American, fighting in the forces which guard my country and our way of life. I am prepared to give my life in their defense.

If I am captured I will continue to resist by all means available. I will make every effort to escape and aid others to escape. I will accept neither parole nor special favors from the enemy.

If I become a prisoner of war, I will keep faith with my fellow prisoners. I will give no information or take part in any action which might be harmful to my comrades. If I am senior, I will take command. If not, I will obey the lawful orders of those appointed over me and will back them up in every way.

When questioned, should I become a prisoner of war, I am required to give name, rank, service number and date of birth. I will evade answering further questions to the utmost of my ability. I will make no oral or written statements disloyal to my country and its allies or harmful to their cause.

I will never forget that I am an American, fighting for freedom, responsible for my actions, and dedicated to the principles which made my country free. I will trust in my God and in the United States of America.

Lofty goals for sure, but do they work? Are they realistic? As the saying goes, every man has a breaking point. The U.S. found out in Vietnam that they also had a problem with communist brainwashing techniques being used on its captive service members, but as the majority of U.S. POWs in the Vietnam War were pilots, who almost invariably were college graduates and commissioned officers, the success of brainwashing was somewhat mitigated; however, numerous POWs were investigated for their behavior while in captivity. Unless it was done with some obvious enthusiasm, I would never believe a statement made by a captive service member supportive of an enemy as being anything less than a forced confession.