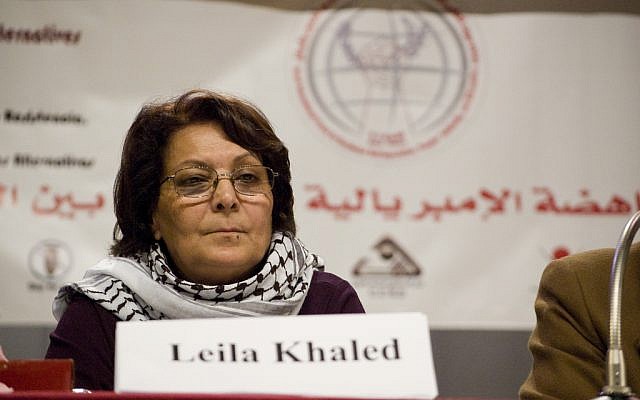 Leila Khaled, a Palestinian woman convicted of terrorism who has continued to advocate violence against Israelis, is slated to speak at the European Parliament about women’s rights.

Khaled, who was invited to Brussels to speak Tuesday by lawmakers representing the far-left Izquierda Unida party from Spain, was arrested by Israeli sky marshals in 1970. She was carrying two grenades while attempting to hijack an El Al flight from Amsterdam with a partner, whom the security officers killed. British authorities released her in exchange for hostages from another hijacking a month after her arrest.

more on Times of Israel